Today, the notion of globalization is defined and therefore regarded by different scholars in different way. Some state that it is a synonym to the Western capitalism or American economic imperialism, while others claim that it is a foundation for global free enterprise and progressive cosmopolitan world. Both variants have own respective advantages and disadvantages that can impact the countries differently. The globalization in Asia, similarly to the other parts of the world is also the point of numerous discussions, however there the advantages significantly outweigh the disadvantages and the examples of Thailand, North Korea and Peoples Republic of China clearly demonstrates it.

Generally, Asia is characterized by the wide range of economic, political and social inefficiencies, the majority of which can be tackled only through the globalization and its multiple consequences and outcomes. At the same time, according to statistics, Asia is going to be the worlds largest growth market for financial services, education, healthcare, entertainment and other services. Thus, the region should understand own potential and own needs in terms of globalization, as it is not likely that Asia will become 100% self-sufficient.

The history shows that globalization brought numerous positive outcomes for China, Thailand and North Korea. For example, talking about globalization in China, the possibility to become the low-cost outsourcing location of manufacturing of the wide variety of products (toys, electronics, shoes, equipment, etc.), allowed the country to significantly reduce poverty in the country and to improve the well-being of the people through providing the extensive employment opportunities and consequently allowing millions of households to change own status to middle class. In addition, it caused the economic growth and development of the country, advanced Chinas tourism, and increased import and export operations. At the same time, the negative sides of globalization for China are environmental pollution, neglected hygiene and health safety in the numerous employment places, child labor, etc.

North Korea with its inefficient and extremely conservative government can also benefit significantly from the globalization. The free movement of people, capital and products could bring significant economic, political and social shifts, transformations and even breakthroughs. Up to now, it is the closest country in the world towards globalization, even though the country leaders try to keep up in all the possible ways in the military sphere. Globalization in North Korea could help to fight poverty, to start industrialization and development of the country, improve the peoples quality of life. In addition, globalization can bring people the new vision of life and understanding of the surrounding world that together with education can transform the society both in the short-term and in the long-term perspectives. Consequently, these transformations can change the geopolitical position of the country in the world in general and in the region in particular.

Talking about Thailand, it is important to state that this country has successfully implemented the market of deregulation for the local and international industry. Numerous companies have already worked under this deregulation market (Mercedes Benz, Honda, Toyota, Michelin). Generally, globalization in Thailand promotes political, economic, and social cooperation. However, in the past, Thailand had a good lesson in terms of globalization. In the late 1980s, the economy of the country grew at skyrocketing rates due to high amount of foreign direct investments. At the same time, in 1997 this trend stopped drastically. The investments that had short-term nature left Thailand in the very short period of time. Consequently, the price of stocks and real estate dropped significantly, while multiple financial companies and banks went bankrupt. These examples clearly demonstrate the positive and negative potential and consequences of globalization for the country. The financial investments from the foreign companies considerably helped Thailand to improve the economic performance of the country: to reduce the rate of unemployment through high salary and jobs and to increase the GDP. In addition, globalization significantly encourages the movement of people. Thus, more and more Thai students go to study abroad each year to benefit from the foreign educational system and to get the relevant educational experience. The tourist industry of the country also benefited significantly from the globalization, as in the recent decades Thailand became one of the global capitals of tourism. Tourism also became the foundation of economic prosperity of the country. Again all the above-mentioned reasons demonstrate that globalization provides Thailand more advantages than disadvantages, as avoidance of the interrelationship of economic activity, people and culture is both illogical and irrational.

The following three graphs (figures 1,2, 3) demonstrate that Thai, North Korean, and contemporary Chinese culturally sovereign systems affect economic outcomes in factor, production, and well-being spaces in terms of bounded rationality. In addition, it is important to mention that social transfers play the important role in the well-being space. 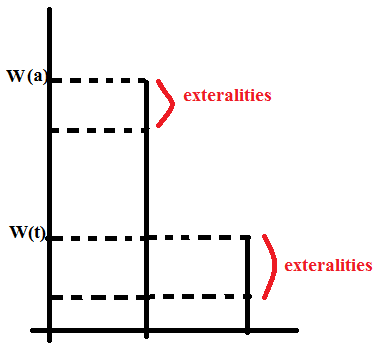 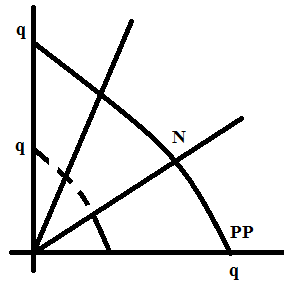 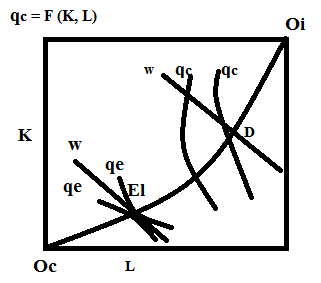 At the same time, it is important to state that the meaning and context of the globalization is different from the past. It is absolutely clear today that the old globalization is not sustainable, as it fueled the increase in economic nationalism and caused the political backlash against the immigration and free trade. The results of such negative approach to globalization are the pending Brexit, the withdrawal of the United States from the Trans-Pacific Partnership, and the current efforts to renegotiate the NAFTA. All in all, despite the fact that new type of globalization presents new strong challenges for Asia and its economy, the region has the required forces to proceed with the necessary transition with the focus on the new opportunities.

At the same time, it is important to state that in order to regulate the situation, Asian countries can try to implement the so-called border adjustment taxes on certain products either for export or for import. In addition, the appropriate legislation also can contribute to dealing with globalization in the effective and beneficial manner. Finally, the states can establish certain institutions or organizations both on national, regional and global level and to unite the efforts in dealing with common problems related to globalization.

Worrying about your academic task?

Keep calm! We can do it for you!

Finally, it is important to state that Asia definitely should embrace globalization, however it is necessary to do it in the clever, well-thought and effective way. Generally, the leaders of Asia should continue to promote the free movement of people, capital and products, but it is necessary to do it according to the certain regulations and standards to manage efficiently the vast opportunities created by the globalization and to adapt them to the political, business and economic landscape. In addition, it is necessary to understand that due to decreasing cost gap between the countries, the economic growth due to globalization will be more multi-polar, slower and fragmented. The new Asian globalization should be more equitable and sustainable. Asian people should learn from the previous experiences, avoiding the mistakes and successes of the past. It is necessary to look beyond the short-term interests and focus more on the long-term goals of their economies and businesses.

To conclude, it is important to state that the above-mentioned examples of North Korea, Peoples Republic of China and Thailand clearly demonstrated that globalization in the East brings more positive outcomes than the negative ones. It is necessary to understand that proper comprehension of the globalization and its management is crucial for Asian countries, as it will define the future of the world in general and the region in particular.

Mar 4, 2021 in Economy
back
Factor X
next
Theme of Racism in Native American Literature