The Dancing Lights area natural phenomenon that occur primarily in a close geographic proximity to magnetic poles of the Earth. The scientists have estimated that the auroras appear when the current of electrically charged particles emitted by the Sun reaches the atmosphere of the planet with the solar wind. It then collides with the gases in the surrounding of the Earth. The scholars have found that the gases prevailing in the atmosphere of the planet are oxygen and nitrogen. Aurora lights can be observed around magnetic poles in the northern and southern hemispheres. Scientists have coined the term Aurora Borealis to denote a phenomenon of the Dancing Lights that occur in the northern hemisphere. Aurora Australis, on the other hand, is used to refer to an Aurora event taking place in the Southern hemisphere. Aurora Borealis and Aurora Australis both can take a form of an irregularly shaped oval centered around the magnetic poles, northern and southern, respectively. The scientists have noticed that the aurora events take place at both of them simultaneously. The light, basically, take similar forms and colors. The displays of auroras appear in a variety of colors, green being the most common. Occasionally, the auroras can also appear in blue, yellow, red, and violet. In addition to that, they can take many different forms, the patches of light, small in size, the arcs, the streams of light or the rays. 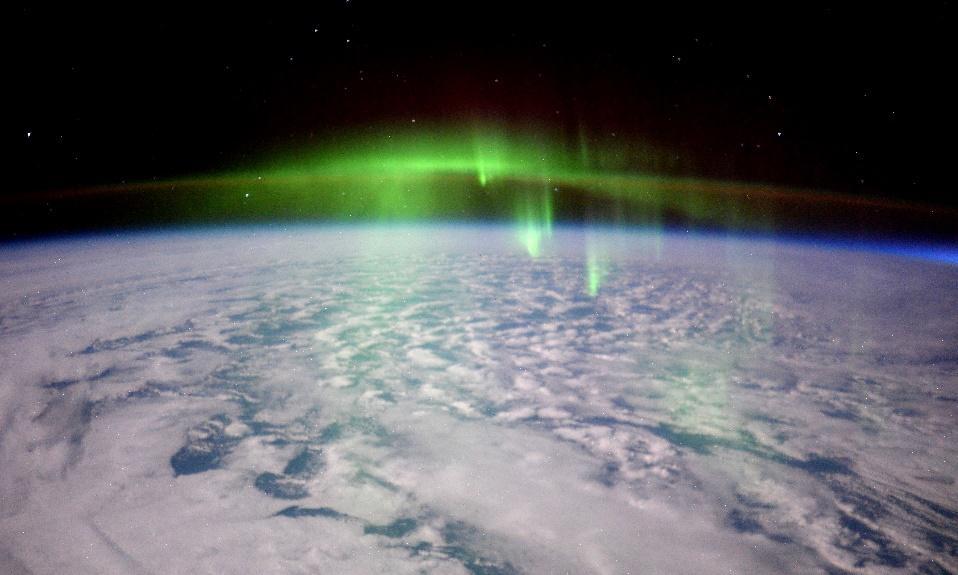 Figure 1. Flying through the auroras green fog. In NASA.gov, 2016, Retrieved Nov. 26, 2016, from https://www.nasa.gov/image-feature/flying-through-the-auroras-green-fog

The bright dancing lights of the aurora are a stunningly beautiful optical phenomenon. Auroras can be observed in the regions located in a close proximity to the planets magnetic poles. The phenomenon of Northern Lights occurs when the charged particles released from the Suns atmosphere collide with gaseous elements in the Earths atmosphere. 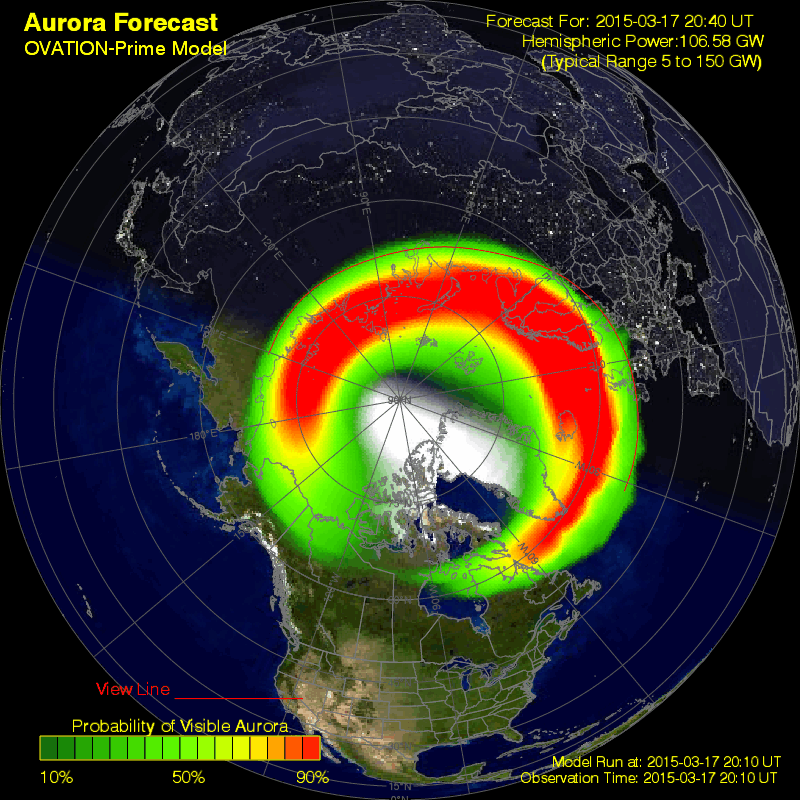 Fig. 2. The charged particles enter the ionosphere in the nightside of the Earth. In Ishikawa, T., Yue, Y., Iwasaki, K., Dobashi, Y., & Nishita, T. (2011, April). Modeling of Aurora Borealis using the observed data. In Proceedings of the 27th spring conference on computer graphics

The color of the Dancing Lights varies. It depends on the type of gas particles that the suns protons and electrons coincide with. When these ones collide with the molecules of oxygen in the Earths atmosphere, the reaction of that kind produces a pale light of the shades of yellow and green. All-red auroras, on the other hand, are considered rare. The collision between protons and electrons emitted by the sun and nitrogen particles in the surrounding of the planet results in an eerie blue or purplish-red glow in the sky.

Today, the connection among an electromagnetic activity of the Sun, the climate, and weather conditions on the Earth seems rather self-evident. However, it had been not that way until the 1880s. At that period, scientists began to suspect there was some sort of relation between the sunspot activity and the Northern Lights. At some point of the 1950s, scholars proved their hypothesis that the auroras were caused by the Suns protons and electrons blown towards the Earth on the solar wind. The beginning of the extensive research of the planets atmosphere dates back to the late 1950s. The study of the phenomenon of Aurora still continues. Specifically, the scientists at the Poker Flat Research Range (PFRR) conduct their rocket research. The facility itself is under the direction of the University of Alaska at Fairbanks.

The temperature of millions of degrees centigrade is what makes the frequent and explosive collisions between gas molecules above the surface of the sun possible. Free electrons and protons are emitted by the Sun into space in the course of its rotation. At the moment of rotation, some of electrically charged particles escape through the holes in the Suns magnetic field. The Earths magnetic field deflects the flow of charged particles blown toward it by the solar wind. However, some of these elements emitted by the sun enter the atmosphere of the planet and collide with gas particles on the magnetic poles, where the magnetic field is weaker. The lights being perceived as the auroras are, basically, a luminous effect in the aftermath of the collisions of charged and gas particles on the Earths magnetic poles. The auroras, as a rule, can take place at different altitudes. The scientists have estimated that the Dancing Lights can extend from 80 kilometers (nearly 50 miles) to 640 kilometers (about 400 miles) above the surface of the planet. According to the information provided by the Space Weather Prediction Center, the auroras form 80 to 500 km above the upside of the Earth.

The scientists have agreed upon the term Aurora Borealis to refer to the phenomenon of the Dancing Lights happening in the northern hemisphere. It is derived from Latin. In English, the term literally means the lights of the north. Aurora Australis is a definition referred specifically to the aurora events taking place in the southern hemisphere. The term comes from Latin and in English it literally means the lights of the south. Typically, the auroras appear in an irregularly shaped oval centering around the magnetic poles respectively. During major geomagnetic storms, the ovals expand away from poles. As it has been stated previously, the Dancing Lights come in variety of shapes and colors. Aurora as a rule takes its form of many tall rays that look much like a curtain made of folds of cloth. In the evening time, the rays of light assemble to form arcs that will fill up the sky within sight. Closer to midnight, the arcs of light begin to sway and/or twist. At some point, they can start to expand, filling up the sky as far as the eye can see. The rays move faster and become brighter than usual. The events described above are the signs of an event defined as an auroral substorm. In the early hours of the morning, closer to the time when the sun rises, the auroras usually take a more cloudlike appearance. In the east, the dispersed patches start glowing continuously. The scientists have found that the aurora activities are cyclic. Specifically, the aurora events have been assumed to reach peak once in every 11 years. Theoretically, winter in the northern hemisphere is the most suitable time to observe the Aurora Borealis. As the specialists from the Northern Lights Center have explained it, the long periods of darkness and the frequency of clear nights provide many good opportunities to watch the auroral displays. Having studied the phenomenon of the Dancing Lights, the scholars have arrived at the following conclusion. The auroras are mirror-like images appearing around the same time, taking a similar form, and being in the same color(s). Since virtually always the aurora events take place simultaneously on either pole, in the western hemisphere the auroras have been seen as far south as the New Orleans. However, this phenomenon has never been observed in the similar locations in the eastern hemisphere. Yukon, Nunavut, Alaska, Northwest Territories, the southern tips of Greenland and Iceland, and the northern coast of Norway have, therefore, been labeled the best places to observe the auroras. It is rather difficult to see the Aurora Australis since in the southern hemisphere, these events take place predominantly in the ring around Antarctica and the southern Indian Ocean. Clearly, in observing the Aurora Borealis, it is the light pollution that matters. In other words, the lesser the light pollution and the community is, the higher chances of finding a good place for observing the lights are. Many scientists have noted that as the space weather activity increases, the auroras extend equatorward. Assuming that the foregoing statement is correct, the statement itself explains why auroras can be observed even further from the poles during more frequent and very large storms as well as substorms. 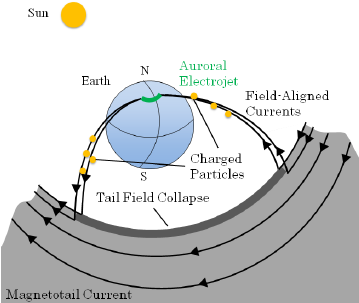 Worrying about your academic task?
Keep Calm! We can do it for you!
Yes, Help me!

The phenomenon of the Dancing Lights is an unprecedentedly and stunningly beautiful optical concept. On the one hand, it is a vivid illustration of how the space weather affects the Earth. On the other side, what affects the lights and aurora events, in particular, remains an unsolved mystery to these days in the following sense. During this period, the scientists do not fully understand what exactly it is that influences the form and the motion of charged and gaseous particles, the processes of transmission and conversion of energy. The observation of the Dancing Lights gives some insight into the idea of vastness of space and cosmos, in general.

Want to impress your professor?
We will write your essay the best way possible!
Write it now!