Analysis of the Film Food, Inc.

Food, Inc. is a documentary film directed by Robert Kenner who observes the industrial production of food including grains, vegetables, and of course, meat. The director shows that the entire consumption industry is inhuman as it has a negative impact on a human body. The system is environmentally and economically unsustainable. In this case, multinational corporations control today’s food system including agriculture and supermarkets supply. In fact, the film opens the truth related to the products people consumer every day. Thus, the primary idea of the film is to investigate the most important facts hidden form ordinary people who even do not suspect what they eat.

Large companies possess a considerable part of the food industry in the United States of America. They deliver their products all over the world being able to control the process of the food delivery and its consumption. It is known that McDonald is considered to be one of the largest purchasers of beef. Additionally, this corporation purchases potatoes, pork, lettuce, chicken, tomatoes, and even apples. I think that it is about fast food chains that demand big suppliers. They control both the market and restaurants. Everything is produced by the same system as companies control meat supply and its consumption. It is difficult to imagine, but this system has managed to change the way farmers raise chickens. It is indicated that it is necessary just forty-nine days to get large chickens. Unfortunately, Tyson is one of the most famous companies which controls farmers and their business. Moreover, it deals with the integration of production, processing, and even marketing of all products followed by other industries. As a result, Tyson gets high incomes in less than two months by saving much time to raise more chickens. The worst thing is that farmers have no rights when it is going about the construction of their farms. Farmers are not allowed to tell the truth as companies control everything.

The truth is that companies intensively concentrate on the mass production. According to the entire film, many farmers refuse to talk as they do not belong to themselves. Corporations even have private detectives who examine how farmers build their farms. However, it is impossible to hide the most vital facts referred to the sanitarian norms. It is shown that dust and feces are everywhere, but companies do not care about the place chicken live in. I believe that the only issue they long for is money. The more incomes they get, the more farms they can control in different states. Chickens grow intensively due to the extreme use of antibiotics. However, in some case, antibiotics do not work, and a large amount of poultry may be infected. To my mind, there is no right option in the existing industry. I am sure that a constant use of antibiotics contributes to the creation of nothing more than artificial meat. Lastly, when people consume too much poultry based on antibiotics, their organisms is gradually filled with this medicine as well. It may have a destructive influence on a human immune system.

It is vital to examine the entire industrial food system from various points. Many companies use corn to produce many dangerous things. It is called cornucopia allowed and distributed by the government policy. The point is that the government of the United States of America supports the corn production below the cost of its production. To my mind, it is connected with multinational interests. It is possible to assume that the government promotes the spread of corn according to a particular purpose. For instance, Tyson and Smithfield purchase corn below the cost of production in order to gain more incomes. Of course, the primary goal is money. I suppose that corporations understand that corn is more than just a simple plant but a raw material. It is evident that it is used to produce a variety of things including starch, high-fructose syrup, gum, ascorbic acid, and other products. Additionally, it can be the main component of food for animals, and farmers feed even fish by using corn. It means that having so much corn allows to decrease the price for meat. However, nothing can change the meat consumption, and the worst is that high-corn diets may lead to horrible diseases. It is obvious that the products may contain salmonella, and only few people are aware of the consequences. 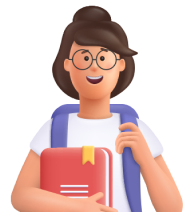 Try our
TOP 10 Writers
Benefit from the incredible opportunity at a very reasonable price
Order for $10.95

Food poisoning is one of the most essential problems needed to be solved immediately. Many products are contaminated due to the use of the poisoned plants. I think that food safety must require a thorough examination as it is going about one’s life. In this case, it is obligatory to test food and products consumed by ordinary people. An ongoing contamination problem must be under great concern as thousands of people usually suffer from food poisoning. I suppose it is necessary to change the government policy by controlling and checking the food ingredients to prevent death. There must be taken some vital measures to guarantee high standards of food safety. Eventually, large companies should pay attention to the quality of food instead of the system efficiency. The government must implement sufficient projects to control the industrial food system for the sake of the nearest future. Undoubtedly, finished products may bring much harm. The problem is that people must stop eating fast food to avoid food poisoning. It is understandable that low-income families buy cheap products as they have no opportunity to consume meat, fruit, and vegetables. Unfortunately, poor people are limited by their own choice.

Fast food causes sugar diabetes and obesity that often lead to death. It is obvious that companies do not think about health of their consumers. As I have said, their primary aim is to make their business profitable. Many families suffer from sugar diabetes as they consume fast food due to its low price. It brings bad calories; however, these seem to be cheap. In fact, it is hard to understand who is to blame. It sounds strange, but the food industry system blames obesity on a crisis of individual responsibility. Of course, people should be responsible for their lives as firstly, they consume fast food by trying to save some money. Then, they spend much money on their health while treating their bodies. I suppose it refers to the question of mentality and human unawareness of a negative impact of fast food. Many people merely do not know that infections have the ability to kill them by eliminating any possibility to survive. Lastly, this industrial food system makes adults and children sacrifice their lives while consuming fast food.

In conclusion, the film Food, Inc. directed by Robert Kenner opens a horrible truth related to the existence of corporations and their control over agriculture. I suppose that the hidden implication of the film is to explain to a contemporary society that large companies become rich thanks to food distribution and production. It is vital to learn that companies contribute to the development of artificial food which causes horrible diseases including food poisoning, obesity, sugar diabetes, cancer, and even death. Undoubtedly, corporations achieve their initial goal to gain high incomes and do not care about people and their health.

Want to impress your professor?
We will write your essay the best way possible!
Write it now!